BTS’ Jin’s colourful Louis Vuitton shirt calls your attention; he has a name for it too – know here 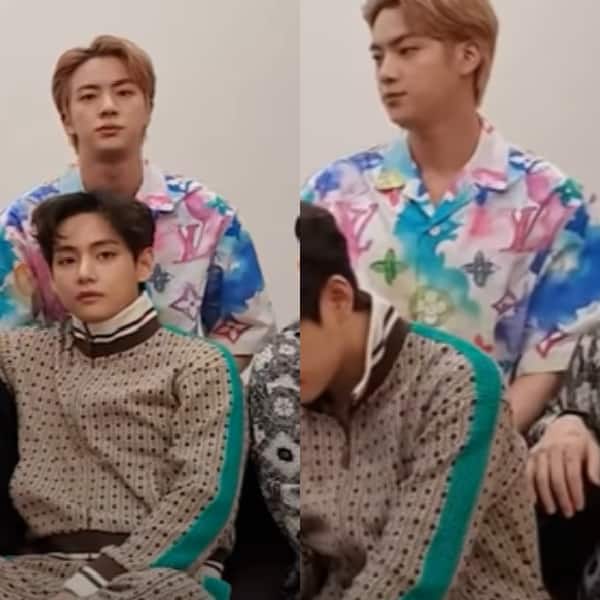 K-pop band BTS consists of some of the most handsome looking men ever. While their music grabs everyone’s attention, their female fans go weak in the knees every time they make a fashion splash. They are followed by many simply for their fashion choices and of course, given their popularity, they have access to some of the best and branded clothes ever. Jin, one of the most fashionably charged members of BTS, recently gave all his fans another #fashiongoal in his colourful shirt. Also Read – BTS: Throwback to the time when RM created a stir and raised eyebrows with his super-sexy moves in Riyadh

As the band celebrated the success of Butter on Billboard Hot 100 chart, the boy gang had a fun time over a live broadcast. Whenever there is a live session, fans get to see the most jovial and fun side of the band. Jimin sported a colourful shirt by Louis Vuitton and of course, his band members had to poke fun at him. It was RM who poked fun and stated that Jin is among the most recognizable person in these clothes. “If you run into him on the street, say ‘Hi’,” he said. RM also had an idea that Jin should recreate this look in his game MapleStory. Also Read – BTS: V aka Kim Taehyung was close to not signing up with BigHit (HYBE) despite passing auditions and the reason will crack you up

Jin also mentioned that he has named his outfit. He calls it his ‘vacation outfit’ and it comes in a set. “This is my vacation outfit. It’s a set,” he said. Supposedly, this set comes with sunglasses too and Jimin stated that he will soon give his fans a peek into this set. J-Hope also could not hold back and stated that he has named this outfit as, “Pool party, Seokjin.” Also Read – THROWBACK: BTS members were once asked to compliment each other and it turned out to be hilarious

BTW, this colourful shirt worn by Jin comes with a hefty price tag. It is worth $938, that is, approximately Rs 69712. Take a look at their video here.