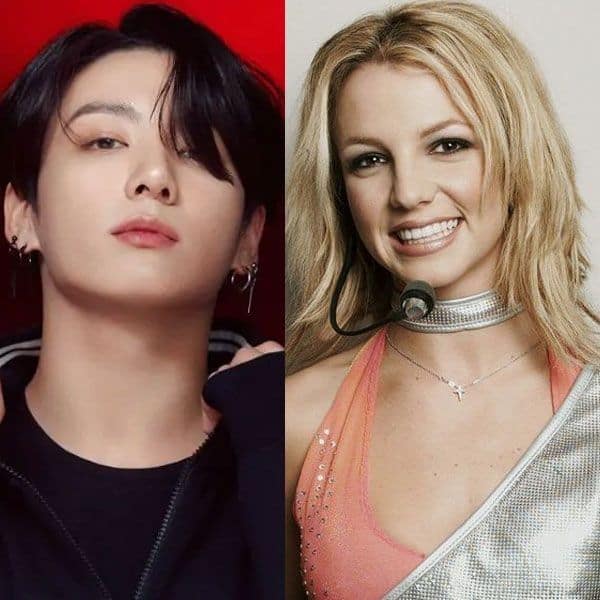 Well, it was quite an eventful week for the west as we saw some shocking revelations from international celebs grabbing the headlines and taking the digital world by storm. While BTS member Jungkook created a new record on Billboard’s Hot 100 Japan Composer list, popstar Britney Spears revealed that she can’t have kids due to an IUD under conservatorship. So, let’s meet the Hollywood newsmakers of the week…

Apart from being a singer and dancer, BTS member Jungkook is also an amazing composer. The handsome hunk has once again made ARMY cheer as his new composed Japanese single ‘Film Out’ from ‘BTS, The Best’ album, spent 11 weeks in Billboard Japan Hot 100 Composers list thus achieving a special feat.

Marvel Cinematic Universe’s Avengers: Infinity War, which released in 2018, turned out to be one of the biggest successes with collections of over $2 billion at the box office. While the superhero film is still loved by the audience, Thanos creator Jim Starlin recently revealed that he thought the film would be ‘piece of sh*t’ like Justice League when he came to know that Russo Brothers had edited the 30 minutes of the back story to shorten the runtime of the film. As per the report by We Got This Covered, Jim said, “Then I was on a plane and I watched the Justice League movie, and they just sort of threw Steppenwolf in there at the end, and he does his thing. All in all, it was kind of a bad movie.” He then added, “So about a month or so before the Infinity War came out Russo let me know that they had to cut the half-hour of Thanos. All I could think of was, ‘Oh my god, that’s going to make it into the Justice League movie’.” He added, “I thought… I’m going to have to go to the interviews and go, ‘Oh yeah, I love it. It’s great. That’s terrific’. Then the heart going, ‘Oh, it’s a piece of sh*t!’.”

Italian actor Michele Morrone recently grabbed the attention as his full-frontal nude pictures from the sets of 365 Days sequel were leaked online. Reacting to this shocking incident, the actor expressed his disappointment and said in a statement, “As an actor your life becomes public. But, as a human being, I would still like my privacy to myself, and I’m a huge fan of privacy. It is never ok to invade someone’s privacy and it’s very disrespectful. What happened is a big offence to me. I really wanna thank all of my online family for taking action against all the private images of me that leaked while I was working on set professionally. I really appreciate what you’ve all done guys… as always, Thank you… I love you!!”

Drew Barrymore reveals she had a crush on Andrew McCarthy

Actress Drew Barrymore revealed she had a “huge crush” on actor Andrew McCarthy on her chat show “The Drew Barrymore Show”. This topic came up when he asked her, “Do you know when the last time we met was? It was on St. Elmo’s Fire set.” To which, Drew said, “I had a huge crush on you but weirdly I decided to tell you I had a crush on Corey Feldman. I mean, you must have had girls falling at your feet. What was it like to be that guy?” Andrew responded to her and said, “I don’t think I was, I think Rob Lowe was that guy. I was the other guy. I was a very shy person and suddenly I was very much in public, and people were coming up to me and stuff I found that kind of weird and bizarre.”