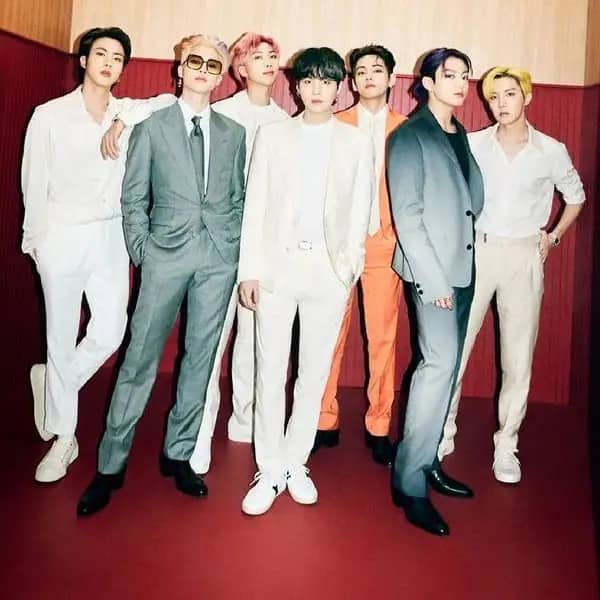 BTS Army loves to collect merchandise. Well, there is soon to be an advantage of buying these merchandise. The popularity of the K-pop band BTS is known to all, and we would not be wrong to say that they indeed rule the music industry across the world for now. They are at the top of Billboard Chart with their song Butter for the straight five weeks, and fans are just going over all the members like Jungkook, Jin, Jimin, RM, J-Hope, B and Suga. Well, now you will have a credit card featuring these guys. Confused? Read on. Also Read – BTS: SUGA’s response when the septet was asked what they would want to throw away is HILARIOUS – watch video

South Korean credit card company Shinhan Card recently announced that they would be launching special credit cards in partnership with HYBE’s Weverse Company. These credit cards would be private label credit card in nature. This means that these credit cards could be used specifically to purchase from specific stores – in this case, Weverse Shop. The customers would get special benefits every time they make a purchase from Weverse shop. As reported by Koreaboo.com, the card company announced this through a statement that stated that the card, “will offer differentiated products and services in terms of card design and benefits.” Also Read – BTS: Kim Taehyung aka V participates in Parasite actor Choi Woo Shik’s fan meet; staff in splits as he eyes a Playstation 5

Other artistes like TXT, SEVENTEEN, and ENHYPEN, groups from other agencies (such as TREASURE, Dreamcatcher, and EVERGLOW) also use Weverse platform, thus, it is expected that not just BTS but other artistes too will have credit cards featuring them. Now this is indeed big, isn’t it? Also Read – Trending Entertainment News Today – Two days after Aamir Khan-Kiran Rao divorce news, Imran Khan’s estranged wife Avantika Malik drops a cryptic post; Sonam Kapoor is glad she didn’t marry someone from Bollywood

Meanwhile, the K-pop band is in the news currently as they are going to play their most famous song Butter at UEFA Euro 2021 final. They have managed to beat Louis Tomlinson’s ‘Kill My Mind’, Billie Eilish’s ‘Bad Guy’, and Usher’s ‘Yeah’ and will be taking over the stadium through #VivoStadiumDJ.