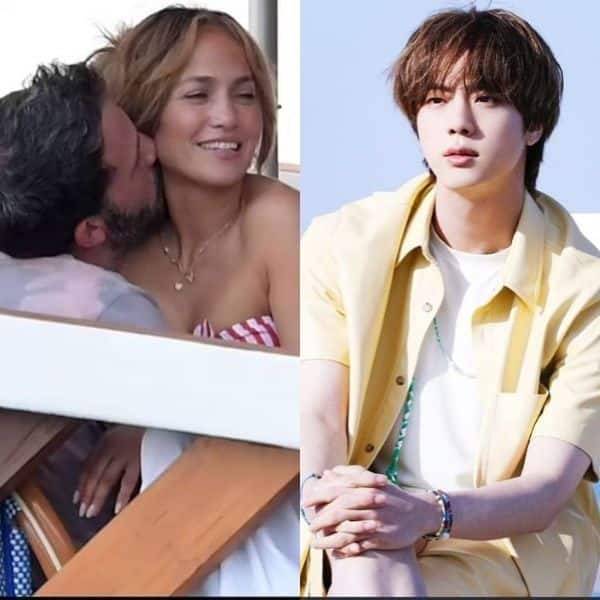 The past week was an eventful one. While Jennifer Lopez and Ben Affleck’s whirlwind romance splashed all over the week as they got spotted together several times, Korean band BTS made it to the headlines for several reasons. So without any further delay, let’s meet the international newsmakers of this week. Also Read – Jennifer Lopez-Ben Affleck, Kourtney Kardashian-Travis Barker and more: Hottest vacation pictures of Hollywood stars that will leave you sweating

BTS’ Jin to become an uncle soon Also Read – Jennifer Lopez and Ben Affleck’s latest cuddling, giggling and kissing pictures prove they are truly-madly-deeply in love with each other

It was recently revealed that BTS member Jin is going to become an uncle. His brother Seok Jung and wife Kim Ah Reum are expecting a baby. Seok Jung took to his Instagram account to share a picture of the Sonography and shared the news. He also revealed that Jin picked a sweet name for the little one, i.e., Kim Butter. Also Read – Trending Hollywood news today: BTS’ Jin to become an uncle, Cardi B shows off baby bump in teeny-tiny golden bikini and more

Dwayne Johnson to not be a part of Fast & Furious franchise

In an interview with the Hollywood Reporter, Dwayne Johnson revealed that he won’t be a part of next Fast & Furious series. Stating that he laughed at Vin Diesel’s ‘tough love’ comment, Dwayne said, “And that I’ve wished them well. I wish them well on Fast 9. And I wish them the best of luck on Fast 10 and Fast 11 and the rest of the Fast & Furious movies they do that will be without me.”

Jennifer Lopez and Ben Affleck’s love splashed all over the week as everyday social media went crazy with new pictures of the couple. However, the one that grabbed everyone’s attention the most was Ben touching Jennifer Lopez’s butt as they relaxed on a yacht to celebrate JLo’s birthday.

As per the reports, Britney Spears has filed to replace her father Jamie Spears with an independent accountant. Her new lawyer reportedly argued that her father ‘terrorized’ her over the years forcing her to take ‘treatments’.

Kanye West break down over losing his family