J-Hope ignores Jin’s ‘let’s go out for a drink?’ request twice and ARMY is on a memesfest 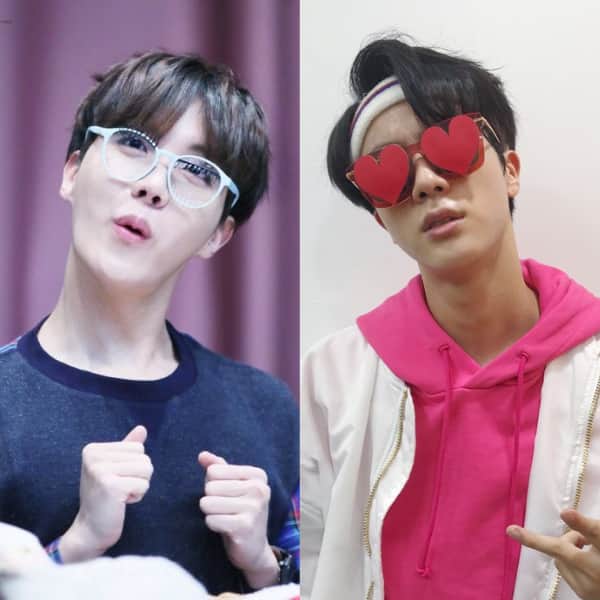 ARMY is trending J-Hope aka Jung Hoseok and Jin aka Kim Seokjin on Twitter. It so happened that Jin had asked J-Hope out on drinks a couple of days ago and J-Hope did not revert on that. And now, a couple of minutes ago, Jin yet again asked J-Hope for drinks. This has become fodder for memes and ARMY is trending J-Hope heavily on Twitter. ARMY wants J-Hope to reply to Jin. And hence, this is a way to get him to notice Jin’s message. ARMY has said that Jin deserves some attention now since he’s asked him for drinks twice now. One of the fans commented, “Come on jhope YOU NEED TO HAVE A DRINK WITH JIN #2seok.” It seems this is not the first time that J-Hope hasn’t responded to Jin. So, an army shared the screenshots of the same and said, “And the saga never ends ARMYs are gonna have to write a petition to send hoba to go out and have a drink with jin now. #2seok #BTS @BTS_twt.” Have a dekko at the memes here: Also Read – BTS: Jimin’s exposed chest, Suga’s moves and Seoul’s amazing location steal the show as the septet perform Butter on The Tonight Show Starring Jimmy Fallon

And the saga never ends ?
ARMYs are gonna have to write a petition to send hoba to go out and have a drink with jin now. #2seok #BTS @BTS_twt pic.twitter.com/D0uUk4f6mA

Jwaehope, please join Jin on the DrinkJin mukbang! ? Army got your back as the sober friend in a drunk group, we’ll watch out for you! ?☕ ?#2seok #JHOPE #JIN

#2SEOK: what the hell pic.twitter.com/N35iK94jfd

Imagine if 2seok went out and actually had a drink and posted a selca on Weverse for us ???????? #2seok

And the saga of Jin trying to convince Hobi to have a drink with him continues. i hope this 2seok will have a drink soon#2seok
pic.twitter.com/MKE9XNkzrB

J-hopeeeeeeeeee please have a drink with my boy, he is waiting for you ???#2seok #jhope #jin

Whether or not J-Hope would go on drinks with Jin remains to be seen. However, as ARMY said, it would be really big hype if the Hyungs put up a selca aka selfie on Weverse.

Meanwhile, the boys are enjoying the success of Butter their second all-English song. They recently released Permission To Dance which is also making a lot of noise on social media. BTS also made a two-day appearance on The Tonight Show Starring Jimmy Fallon wherein they performed on their latest hits, Butter and Permission To Dance. The boys are trending on social media for the same.

What do you have to say about Jin and J-Hope’s bromance? We cannot wait to see Hobbi having drinks with Jin and uploading a selfie (selca). Fingers crossed.