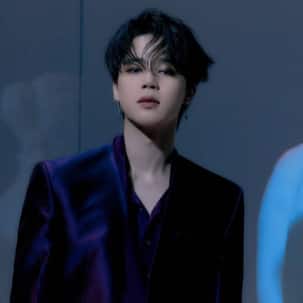 BTS ARMY makes sure that the septet feels appreciated from all corner. Jimin, who is from the maknae line has a huge fan following all over the globe. The vocalist and dancer is known for his looks, tremendous stage presence and vocal skills. Well, there is a brand reputation survey that happens every month for individual K-Pop stars as well as members from all bands. Jimin has topped at the No.1 spot once again. This is a new record for the Serendipity singer. He has been at the top position for 31 weeks in a row. This is a record in itself. Also Read – Hollywood News Weekly Rewind: BTS has never met Ed Sheeran despite collaborating on two songs; Did Priyanka Chopra snub Kate Middleton and Prince William at Wimbledon for Meghan Markle?

Congratulations,Jimin for being the first and only idol to rank #1 for 31 consecutive months and 33 times overall in Brand Reputation Rankings.
Once again congratulations @BTS_twt so proud of you Jimin bro .???#JIMIN31개월연속브평1위#우리지민또1위했네#JIMIN pic.twitter.com/2JAIrUKfK5

He extends his own record as the FIRST & ONLY idol to rank #1 for 30l1 consecutive months and 33 times overall! ?

In fact, there is a demand of fans from the ice-cream brand Magnum to make a flavour inspired by Jimin. They have already done one for Miley Cyrus. The brand now wants to venture into the K-Pop arena. The singer also got a lot of thirst comments after his sexy outing at #ButterOnFallon. Dressed in a black silk shirt, he exuded sexiness like never before. Also Read – Trending Hollywood News Today: Why BTS wanted to name ARMY as ‘Bells’, Robert Downey Jr to be a part of The Sympathizer’s screen adaptation and more

We can see that his popularity is growing by the day. BTS’ Jungkook is at the fifth place. The boys are surely rocking the show! Also Read – BTS: You won’t believe how Jimin’s famous word ‘LaChiMoLaLa’ was coined – find out