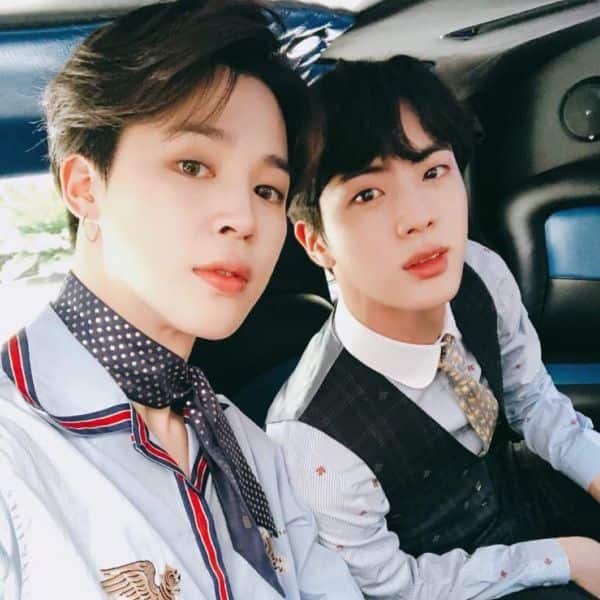 Sunday turned out to be truly magical for BTS fans, as band members Jin and Jimin conducted an impromptu car karaoke session, and like most things out-of-the-blue with BTS, it turned out to be a dream come true not only for their fans, but music lovers in general. So, basically, Jin and Jimin were travelling by car this past Sunday, 28th March, when they suddenly decided to sing some of their most famous K-Pop songs like Dynamite, Blue & Grey, Dis-ease, Moon, Filter, Life Goes On and others. Making it all the more special, they decided to sing the tracks as an impromptu karaoke from inside the car, which Jimin shared on social media as a special treat for BTS fans, and ARMY (that’s what BTS fans are called), naturally, lost its collective calm. Also Read – BTS oppose anti-Asian racism: We endured expletives without reason and were mocked for the way we look

Jimin sang the initial few chorus lines of Dynamite, before panning the camera to Jin, who took it from there. Posting the video on his official Twitter handle, Jimin captioned it: “1.Dynamite #JIMIN #JjimnJin .” The two then proceeded with the same MO for Blue & Grey from their superhit album, BE, which had released last December. Jimin captioned this video: “2. Blue & grey #JIMIN #JjimNJin .” Blue & Grey was followed by a karaoke video of Moon from BTS’ album, Map of the Soul, which had release this January, which again, was kicked off by Jimin, after which Jin joined in. Also Read – Are BTS’ Jungkook and BLACKPINK’s Lisa dating? Here’s ARMY’s theory about LizKook

Check out all their impromptu car karaoke videos from this Sunday below: Also Read – Splitsvilla 13: Sunny Leone and Rannvijay Singha’s funny BTS pics will remind you of your sibling bond

Didn’t we tell you that this was a treat for all BTS fans?

Spotify turns in another solid quarter as it approaches 400…