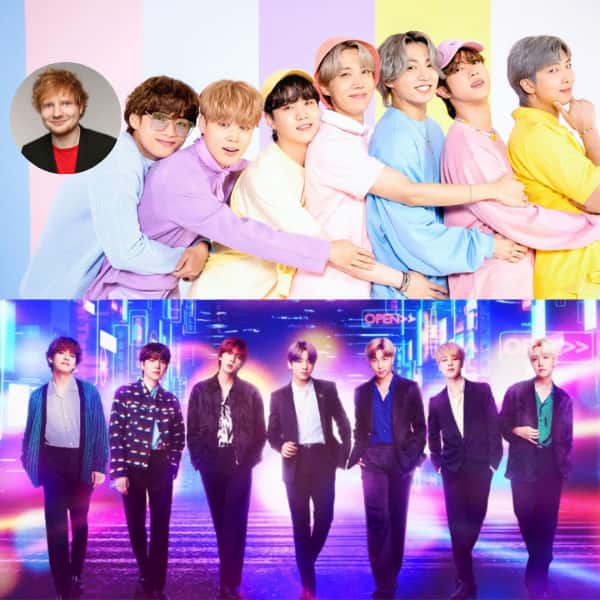 Popular singer Ed Sheeran has confirmed that he’s worked with BTS on a new track. Well, that’s just great news for the BTS ARMY and all the Ed Sheeran fans as well. BTS and Ed Sheeran had previously collaborated on Make It Right in 2019 and it had been a huge hit. And we bet, their new collaboration would be just as great or even more. Talking about the collaboration report, Ed himself spilt the beans in his interview with the American radio show, Most Requested Live. The Perfect singer heaped praises on the septet and called them super cool. That’s when he revealed that he’s just worked with BTS on a new track. “I’ve actually worked with BTS on their last record, and I’ve just written a song for their new record. And they’re like super, super cool guys as well.” Ed said. Have a dekko at the video clip below: Also Read – BTS: When the septet felt it was ‘wrong’ to perform without Suga at MMA 2020 and left a space for him – watch video

On 27th June, a source at the Big Hit Entertainment aka HYBE confirmed their collaboration. The source informed Newsen, “It is true that Ed Sheeran is participating in BTS’s new song.” Just a couple of weeks ago, there had been reports of BTS coming up with their new album as soon as in July. The reps at HYBE, formerly known as Big Hit Entertainment had issued a statement clarifying the same. The officials at HYBE said, “We will reveal our artists’ plans after they have been finalized.” However, during the press conference of Butter, the septet had revealed that they were working on their new album. And now with this news, the excitement is just increasing every day. Meanwhile, the boys are ruling the roost in the music arena with their latest release, Butter. The peppy summer pop track grabbed the first spot on Billboards Hot 100 for four consecutive weeks. Also Read – Hollywood News Weekly Rewind: BTS’ Jungkook creates a new record, Britney Spears reveals she can’t have kids and more

What do you have to say about Ed Sheeran and BTS’ new collaboration? Share your excitement with us by tweeting to us @bollywood_life. Also Read – Trending Hollywood News Today: Suga’s kind gesture for BTS co-member J-hope, 365 Days actor Michele Morrone reacts to leaked nude pics and more

Ted Sarandos Says ‘I Screwed Up’ as Netflix Walkout Escalates, But…